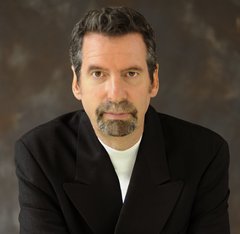 Ever since Lowell S. Furhman first saw Agatha Christie’s masterful murder mystery movie, “Ten Little Indians,” he was intrigued with the murder mystery genre.  Trying to stay one step ahead of the detectives was Lowell’s challenge each time he read or watched a murder mystery.

Upon graduating from college, Lowell worked for an advertising agency in which he had two major accounts---McDonald’s and Paramount Pictures.  When dealing with Paramount Pictures, he was instrumental in publicizing and promoting the premiers of the latest movies.  One movie he thoroughly enjoyed premiering was Agatha Christie’s, “Murder on the Orient Express,” which re-ignited many fond memories of his youth.

After leaving advertising, he embarked on quite a remarkable journey as a full-time Mentalist.  For more than 30 years, he performed throughout the world “stealing and revealing” people’s thoughts.  Taking a page from the murder mystery genre, he incorporated a great deal of mystery into his act.

After many years, he discovered everyone has a “tell,” a subconscious clue revealing what an individual has on his or her mind.  Sherlock Holmes would certainly be proud when, during certain portions of Lowell’s performance, he had to act as a detective in discovering who was telling the truth and who was lying.

During this time, he also wrote and produced a syndicated radio show called, “Seekers of the Supernatural.”  This show dealt with psychic investigators Ed and Lorraine Warren.  Today, the extremely popular movies, “THE CONJURING,” “THE CONJURING 2,” and “ANNABELLE,” are all based on their lives.

With this colourful background, Lowell felt it was time to mix all of his interests and experiences in collaborating with others to create The GIFT, a one-person-play involving a man’s discovery of Destiny and how it changes his life forever!  This play totally involves the audience who will experience wonder and amazement that will leave them spellbound

Lowell feels it’s never too late to fulfill a dream.  He certainly has come full circle from the first time watching “Ten Little Indians,” to the development of this one-of-a-kind play leaving his audience with THE GIFT of a lifetime!