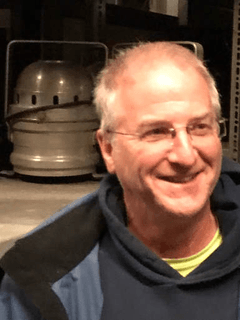 Todd has known Robert LAMAR since high school where they first met. He worked and collaborated with Robert during the early years of Roberts’s career, helping out both on the stage and behind the scenes.

Todd eventually took a short 30-year break to work in the private sector. The two did, however, keep in touch during those years. Just before retirement, Todd and Robert started talking about collaborating on a new stage show, but the Covid-19 pandemic got in the way.

They then decided to turn their creative minds to produce a one-of-a-kind play which ultimately became The GIFT.

Todd brings with him the dedication of being a longtime friend. With his business sense and negotiating skills, Todd is responsible for the logistics of bringing Robert LAMAR's The GIFT to the stage. Todd is also one of the creative consultants who has helped bring this idea to fruition.

Robert is extremely pleased to have Todd on board and is thankful for his collaboration and creative insight.