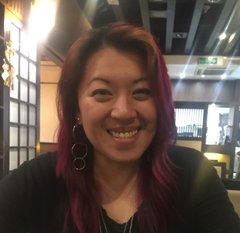 Suzy Turner is a recent addition to the team and had only recently met Robert LAMAR. Her experience and knowledge of theatre, though, will prove to be invaluable.

Originally from Doncaster in England, Suzy began her entertainment career in college. There she studied Hair and Makeup Design for Theatre, Film and Television.

From England, Suzy moved to Macau where she went on to work for Sands China Ltd. Her duties included building props and sets for their multitude of integrated hotel-casino resorts. Suzy has worked on many theatrical productions including Cats, Smurf’s the Musical, DreamWorks Shrekfast Breakfast Show and the DreamWorks Character Parade.

In 2018, Suzy joined Scéno Plus Productions of Montréal as Props Project Manager for their Macau show, Destiny.

Recently, Suzy has lent her fabulous talents to the MGM Grand as their Senior Carpenter/Props Builder. At the MGM, she has worked with many internationally acclaimed groups such as Jabbawockeez Dance Troupe, Fuerza Bruta of Buenos Aires, Harry Potter Film Concert Series, and Legends Fighting Championship (MMA), to name but a few.

As part of the team for Robert LAMAR's The GIFT, Suzy will take on the role of Stage Manager. She will also assist with set design and building.