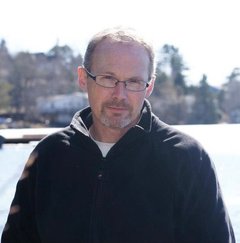 Stephen Dempster has been playing the guitar for over 41 years and teaching it in one form or another for over 30 years.  In 1995 he decided to make it official and began his own teaching studio Dempster Guitar Studio.

He has been on faculty with the Maritime Conservatory of Music & Dance, the Canadian Conservatory (Music Stop) and the Long & McQuade Music Education Centre.  He was also assistant to Carol VanFeggen of Dalhousie Univerisity in the popular “Guitar & Lute” class.

During his career, Stephen has mentored thousands of students helping them grow their skills as guitar players. For those bound for university music programs, Stephen has successfully coached not only their technical abilities but also the required musicianship skills of ear training, and music theory for entry to these programs.

When Stephen is not teaching he is spending time writing and composing for his Acoustic band KINGSMERE or studying orchestration or cosmology (Yup! You read that right).  If you’re lucky, you might even catch him finishing up a painting or two as well.  Does the term “renaissance man” come to mind?  He also loves hot tea and just hangin’ with his family peeps.